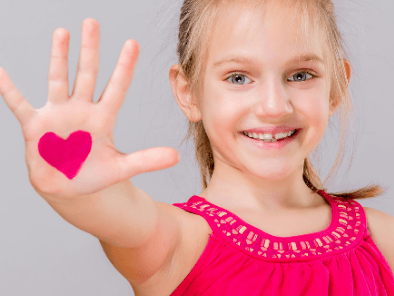 The Court Appointed Special Advocate (CASA) program was initiated in Seattle, Washington in 1977 by the Honorable David Soukup. Amidst an overwhelmed child welfare system, Judge Soukup realized that he did not have enough information to make an informed decision about the future of abused and neglected children coming before him. He felt that more individualized attention and time for gathering important facts would produce better outcomes for the children.

In Judge Soukup's words, "In criminal and civil cases, even though there were always many different points of view, you walked out of the courthouse at the end of the day and you said, 'I've done my best; I can live with this decision.'," he explains. "But when you're involved with a child and you're trying to decide what to do to facilitate that child's growth into a mature and happy adult, you don't feel like you have sufficient information to allow you to make the right decision. You can't walk away and leave them at the courthouse at 4 o'clock. You wonder, 'Do I really know everything I should? Have I really been told all of the different things? Is this really right?'"

In his effort to become more informed in his decisions about the future of these children, Judge Soukup conceived the idea of using trained community volunteers to speak for the best interests of these children in court. The program proved so successful that soon judges across the country adopted the program to use citizen advocates.

The U.S. Congress supported the expansion of CASA in 1990 when they passed the Victims of Child Abuse Act. Today, more than 70,000 CASA volunteers are spread throughout 1,000 programs around the country. Because of CASA, more than 2 million children have found their way to a safe home. CASA is the only program of its kind. In the child welfare and family court systems, it was—and is—nothing short of a revolution. Everything is built around one child and one adult advocate for that child. And when a CASA volunteer is there, the child is two times more likely to find a safe, loving permanent home.

CASA of Cannon County was established in June of 2017 by The Honorable Susan Melton.  Lacey Buchanan was the first director with governing board by-laws adopted effective July 1, 2017.  Judge Susan Melton and Catherine Player, the Youth Service Officer of Cannon County Juvenile Court recruited the first community leaders to serve on the Cannon County CASA Board of Directors and worked closely with the first Executive Director, Lacey Buchanan in establishing the program and obtaining non-profit IRS status on October 20, 2017. CASA of Cannon County had their first volunteer sworn-in on May 24, 2019 and was assigned their first case in August 2019 under the new Executive Director, Kamille Smith.  Judge Melton has worked laboriously to inform and raise awareness of abuse and neglect in our community.   Judge Melton has helped to educate and involve the community in the need for CASA services.

Since then, CASA volunteers have been ordered by the Judge to assist in many child abuse and neglect cases in Cannon County.   As unsettling as it is, the demand for CASA volunteers and services increases annually. As the population of the region grows, so does the caseload of the legal system, and subsequently, instances of neglect and abuse involving our local children.